There are seven types of soup - broth, consommé, cream, velouté-based, pureed, bisques, and chowders. And, there are so many recipes and variations for soup from every country and culture, my guess is one could cook a different soup daily and never get close to making them all. If you are not a “soup maker”, I hope the recipes I will share this month will inspire you to try at least one.

Soup is one of those easy dishes to make that requires no sides to complement it. Of course, bread, salad and/or a sandwich are obviously good choices for a side dish. But, soup, made well really requires nothing else. So, if you don’t love to cook or are short on time soup is a prefect option. Also, make a big pot of soup and freeze the leftovers. There’s nothing like coming home from a long day and being able to pull out of the freezer some soup for a fast and satisfying dinner.

The first soup recipe I’m going to share this month is Creamy Tomato & Caramelized Onion Soup. There are thousands of recipes for Tomato Soup on the internet for good reason as it’s usually in the top of five of favorite soups in the United States. So, who doesn’t like a bowl of tomato soup? I’m sure there are a few folks out there. But my experience is a bowl of thick, creamy tomato soup is high up on the ultimate comfort food list for most. Add a crunchy grilled cheese sandwich as a side and one is transported into a type of “food nirvana” during consumption.

Tomatoes were introduced to Florida sometime in the 1600’s. But it took two more centuries for the tomato to begin its ascendance into the American culinary scene. By the 1800’s early cookbooks were including them in stews, soups, roasted and baked. Andrew F. Smith in his book The Tomato in America states that tomatoes were used in soup at least as early as the 1700’s in colonial America.  Smith, who is a freelance writer and teaches culinary history and professional food writing at the New School in Manhattan, is the author of many other books, including Pure Ketchup & Popped Culture. (If you enjoy reading about food, I highly suggest his books).

We can thank Campbell’s Soup company for the popularity of canned soup in general. In 1897, John T Dorrance, a chemist, created a process of condensing soup which involved removing half of the water from the soup to create a thicker consistency. Dorrance served as president of the Campbell Soup Company from 1914 to 1930 and was instrumental in introducing canned soup into the American market. Over the years, Campbell’s Tomato condensed soup became a top 10 shelf-stable food item sold in United States’ grocery stores. Most of us grew up with Campbell’s Tomato & Rice Soup. (Confession time… I love it with Ritz Crackers). And, full disclosure, in my opinion, most soups taste like “canned soup”, nothing close to homemade. But I can on occasion, enjoy a bowl of Campbell’s Tomato Bisque soup (made with milk not water) in a pinch when there is no soup in my freezer. So why make your own when you could just settle for Campbell’s? It will still be better. Much better. And, more importantly, you will get the satisfaction of knowing you made it yourself and the pleasure of sharing what you have created with people you love!

Good ingredients always equal better flavor when cooking. Because the main ingredient (tomato) is so prevalent in this recipe, selecting the right canned tomatoes for this tomato soup is important. San Marzano tomatoes usually have better flavor. In this recipe I have used Nina Whole Peeled Tomatoes with Puree and Basil Leaf (from Costco) and Mutti Crushed Tomatoes (from Amazon). The flavor of both is good and I like the texture the Mutti crushed tomatoes give to the soup, even though the soup is pureed. If you don’t want to use both types, select a good canned whole tomato in puree. Caramelizing the onions is an important step for flavor, so don't rush the process. Also, if cream is not your thing, it does not need to be added. 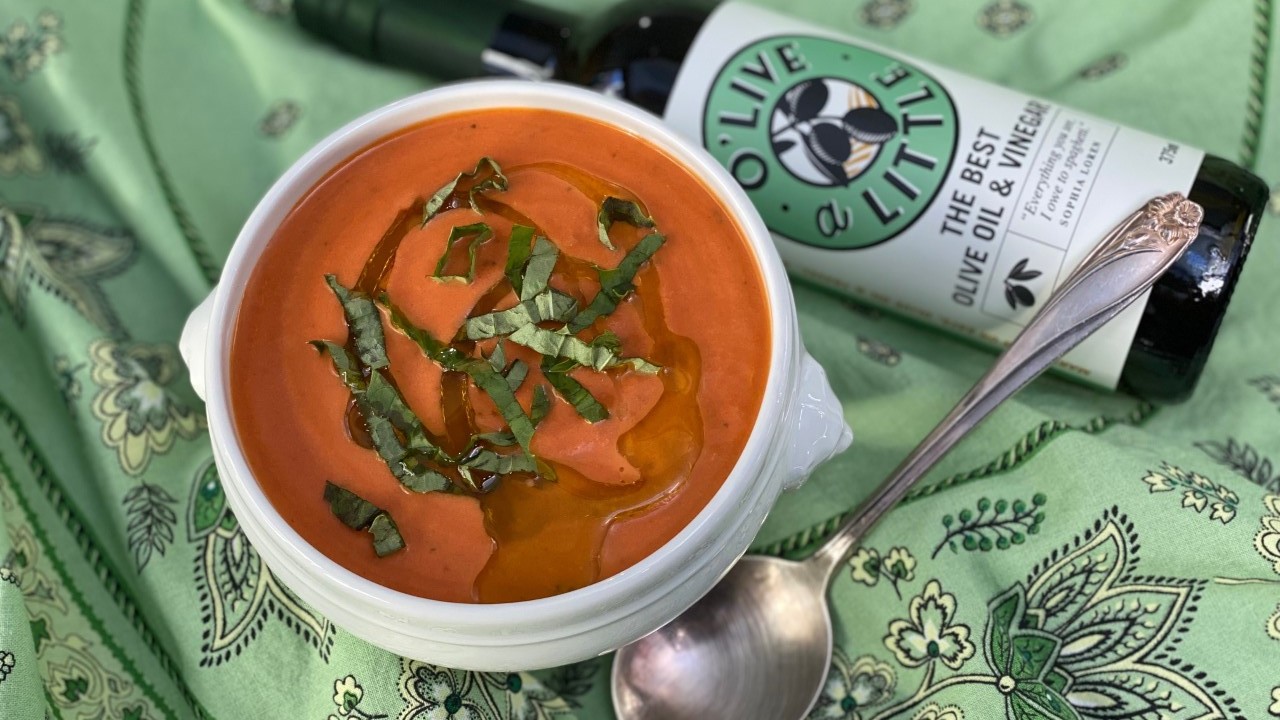 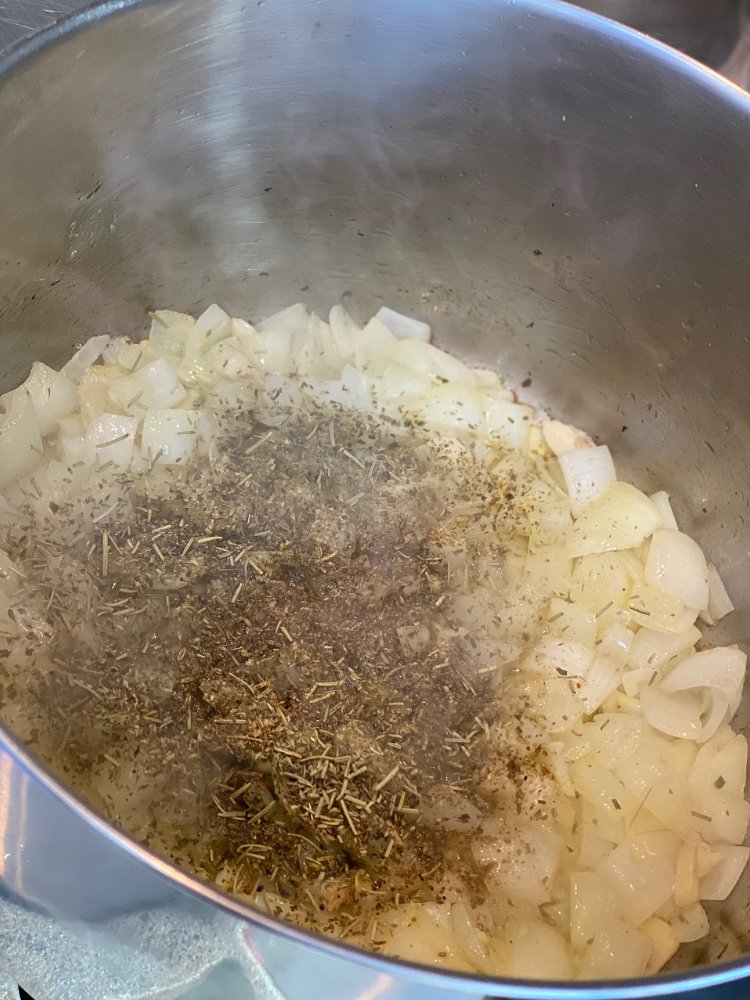 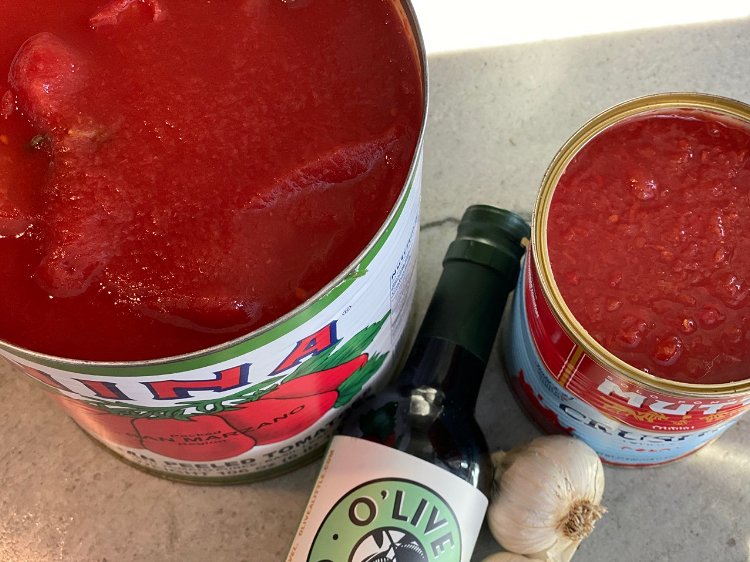 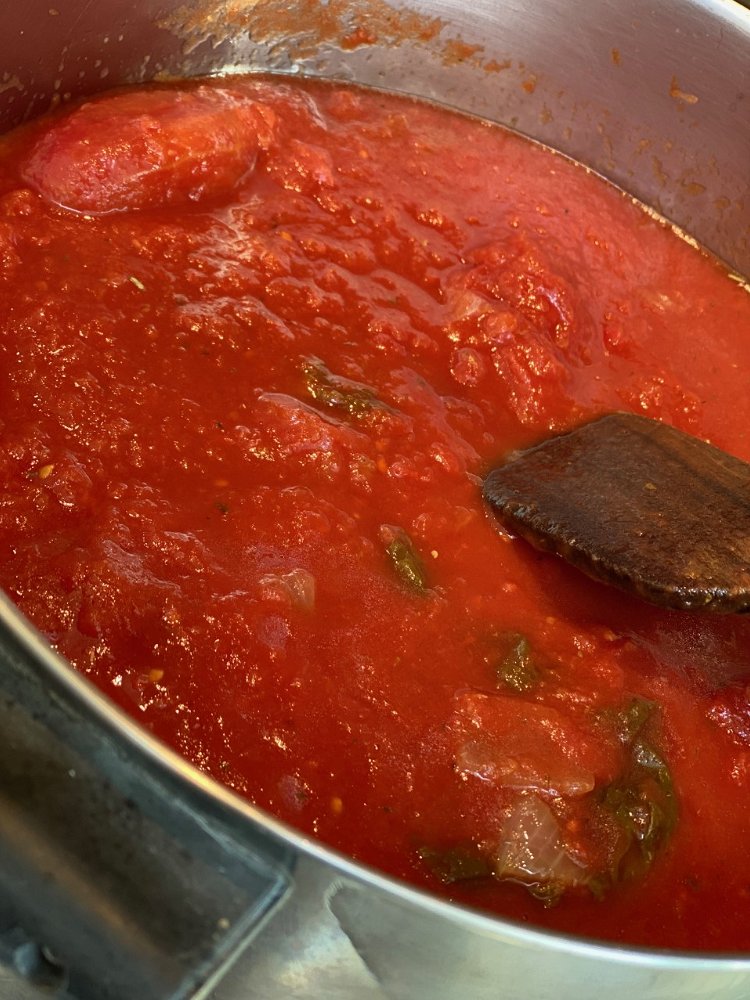 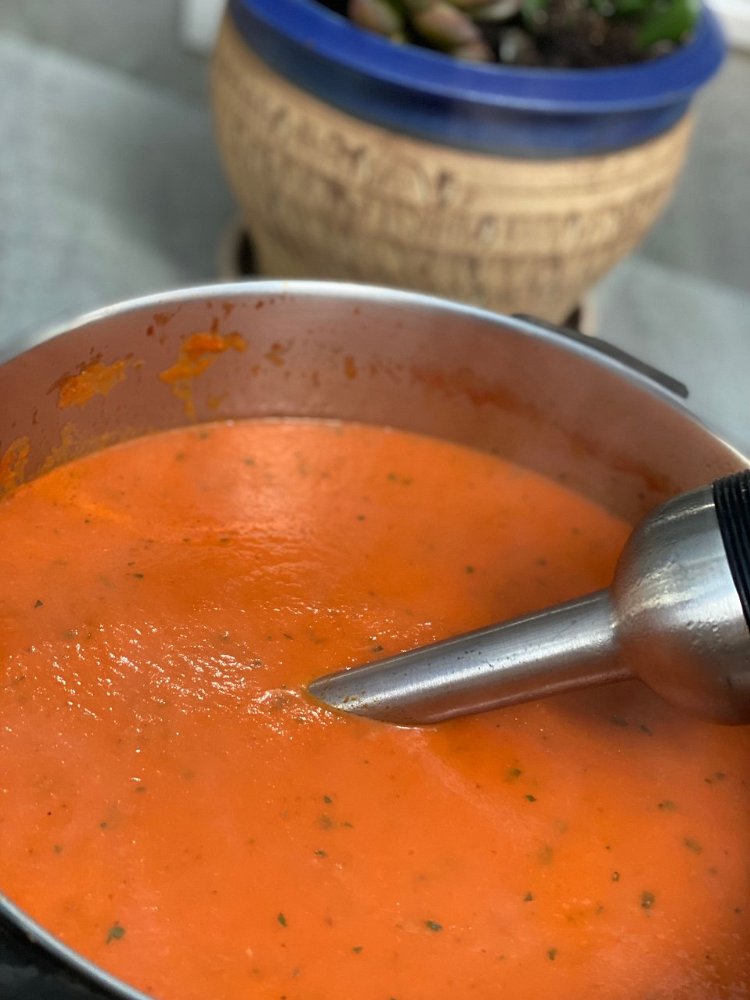 This soup is delicious when ready, but the flavor gets even better if it sits in the refrigerator for a day before serving. Serve hot (or cold), with fresh basil and a drizzle of O'Live A Little's Sweet Basil Extra Virgin Olive Oil. Enjoy!

I believe Middle Eastern cuisine offers some of the most delicious flavors in the world. This easy, delicious and unique biscotti recipe is no exce...