A CAKE FOR A QUEEN ( Queen Elizabeth Cake)

If you are like me, over the past number of days you have been watching all the happenings in England related to Queen Elizabeth’s death including the Queen’s funeral yesterday. England does pomp and pageantry like no other country. And the display of this did not disappoint yesterday. The funeral was certainly fit for a Queen that devoted her entire life to service and country. From seemingly perfect execution to an emotional King Charles to the tearful end when the Queen's piper played, while walking slowly away and alone down a hall while her coffin was lowered slowly into the crypt, as the bagpipe music became fainter and fainter. It was so touching and final. I think even all the stiff upper lip Brits must have shed tears… I did. Years ago, during our first trip to England, my husband Matt and I were walking along one side of Westminster Abbey when we came across a small crowd of people lingering near one of the auto entrances. There were several police milling about and on motorcycles. Curious, Matt asked a lady what was happening, and she looked at him and said “Why, it’s the Queen!” And she then pointed to the roof of the Abbey where a flag was flying. She explained this flag was the Queen’s “Royal Standard”, and wherever she was, the flag was raised. And, sure enough, after waiting about 15 minutes, the Queen and Prince Philip slowly rode out in a beautiful Rolls Royce Phantom limousine, while they smiled and waved at all of us. We were pretty psyched with our “stumbled upon” luck! For some time now, I have had a vintage recipe called “Queen Elizabeth Cake”. Having never made the recipe, in light of current events, this was the perfect time to give it a try. I got the cake recipe from a vintage recipe Facebook group I belong to.

The note on the old recipe card reads: This is supposed to be the cake Queen Elizabeth makes herself. The Queen’s request is that it not be passed on, but sold for CHURCH purposes only. Large amounts of cake she makes each year for the CHURCH OF ENGLAND. A piece of the cake is sold with a recipe. The idea is to have more and more cake in the Parishes throughout the country. It always sells because it is good, and because it is the Queen’s own. It originated in Buckingham Palace after the Coronation All one needs to do is google “Queen Elizabeth Cake” to be presented with many similar and even exact recipes. I don’t know if there is truth to the "note" on the card or even the recipe itself. And information on the web is inconclusive. However, what I do know is the cake is super easy to make, moist and delicious. And, it has a very British flavor, not unlike sticky toffee pudding.

If you make the recipe, please share your thoughts. And, if you have any first or secondhand knowledge about the facts in the “note” or the recipe, I love to hear about it!

Usually any recipe I post includes olive oil and/or balsamic vinegar. To be true to the vintage nature of this recipe and out of respect for Queen Elizabeth (if in fact this is her recipe) I have not modfied it. However, I did try it with a drizzle of Balsamic Vinegar over the top, once served and it was very, very tasty. I used our Winter Blend Balsamic Vinegar, but whatever is your favorite flavor will work.

This cake is a delicious substitue for coffee cake. It works well for breakfast or for a dessert after dinner. Also, if one is allergic to tree nuts, use unsalted peanuts, they also add a great flavor to the cake. 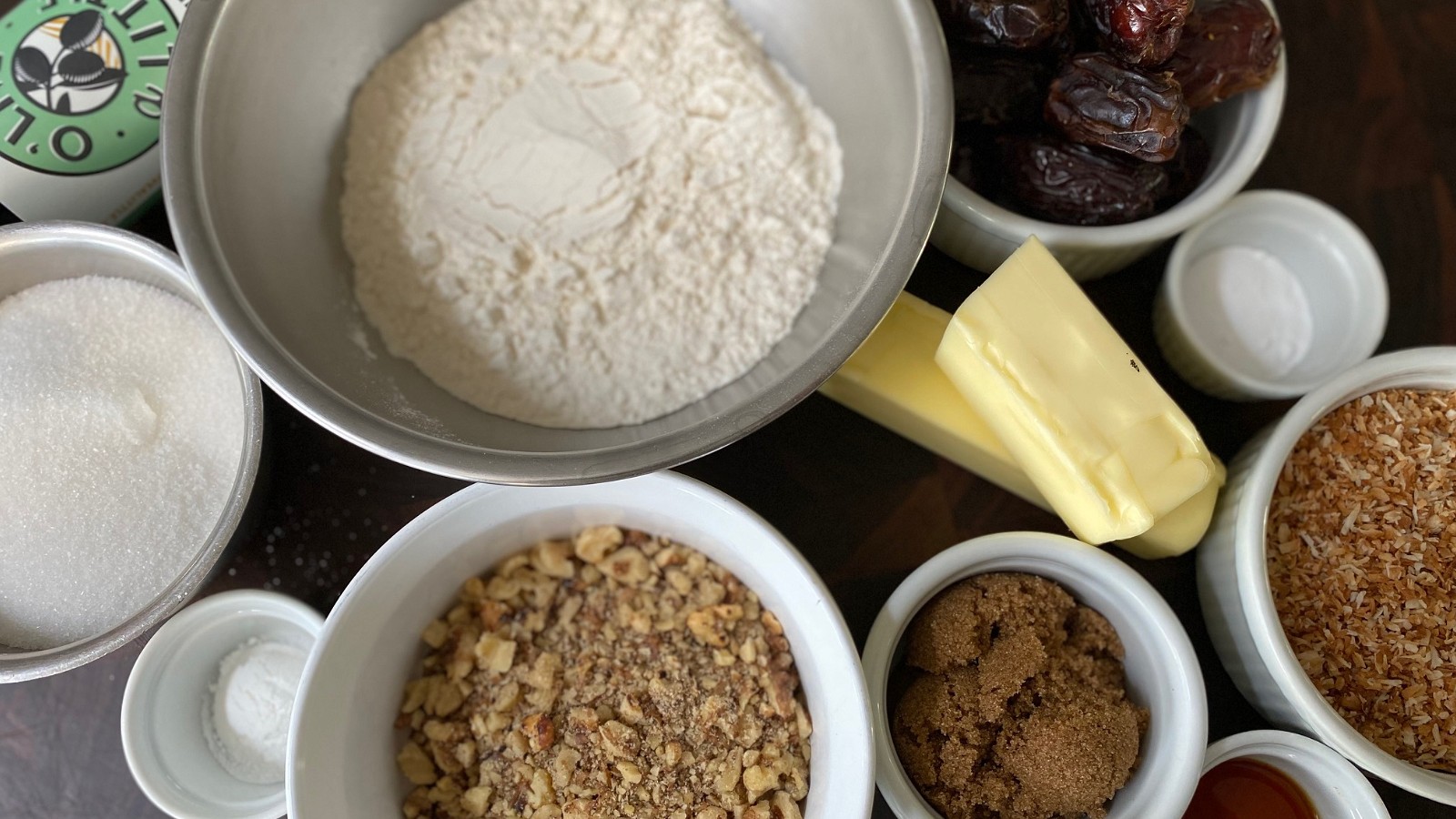 For the Date mixture 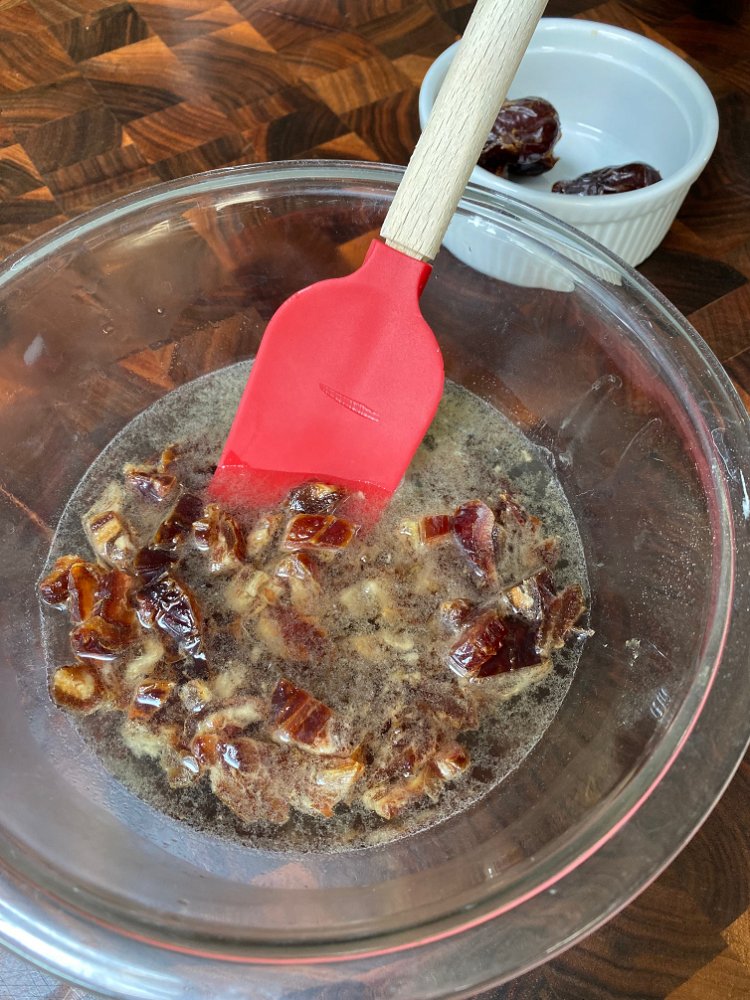 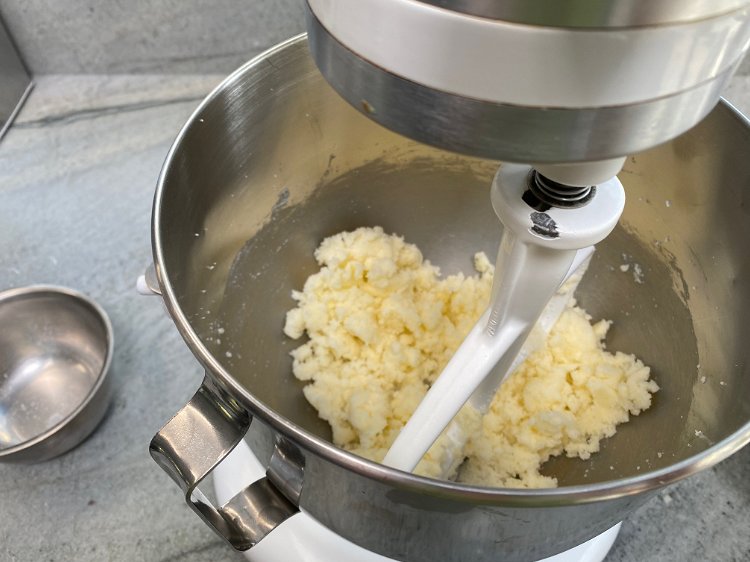 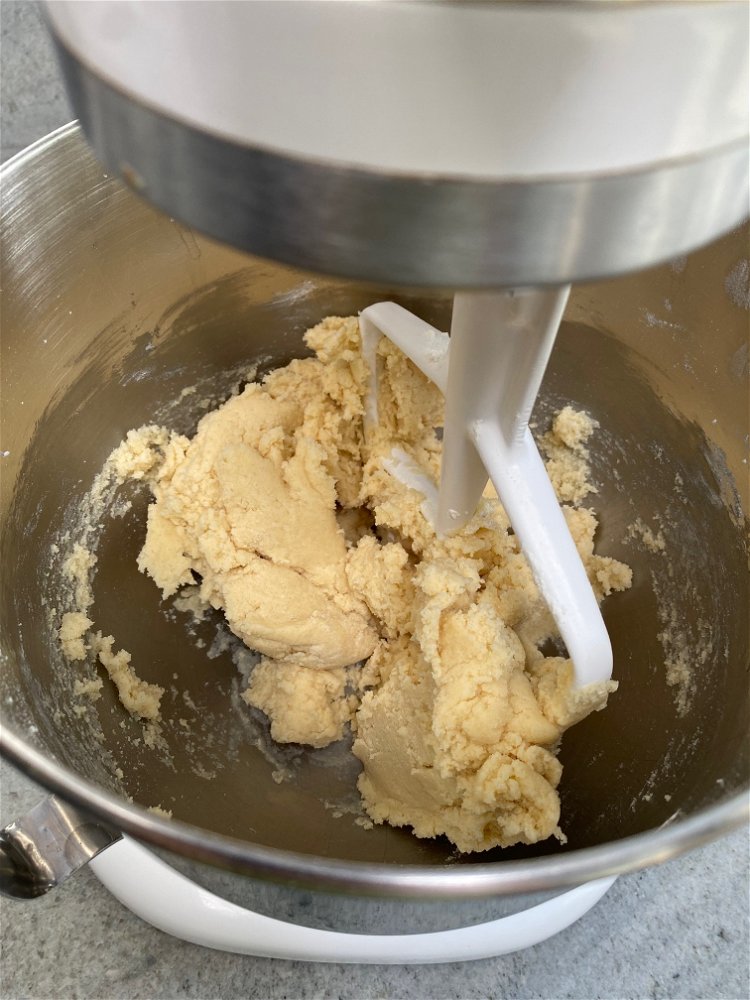 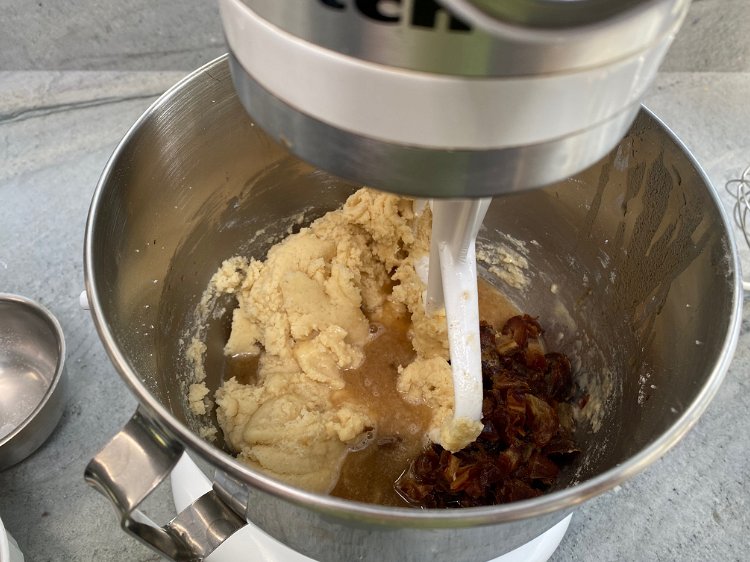 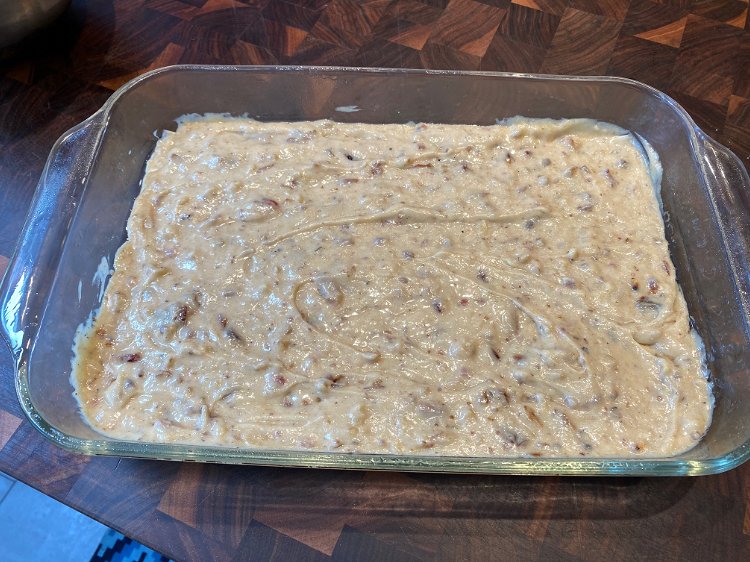 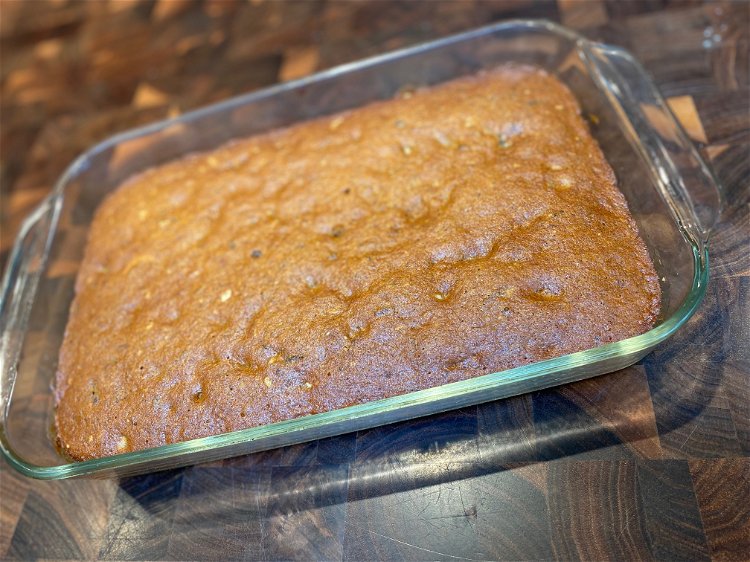 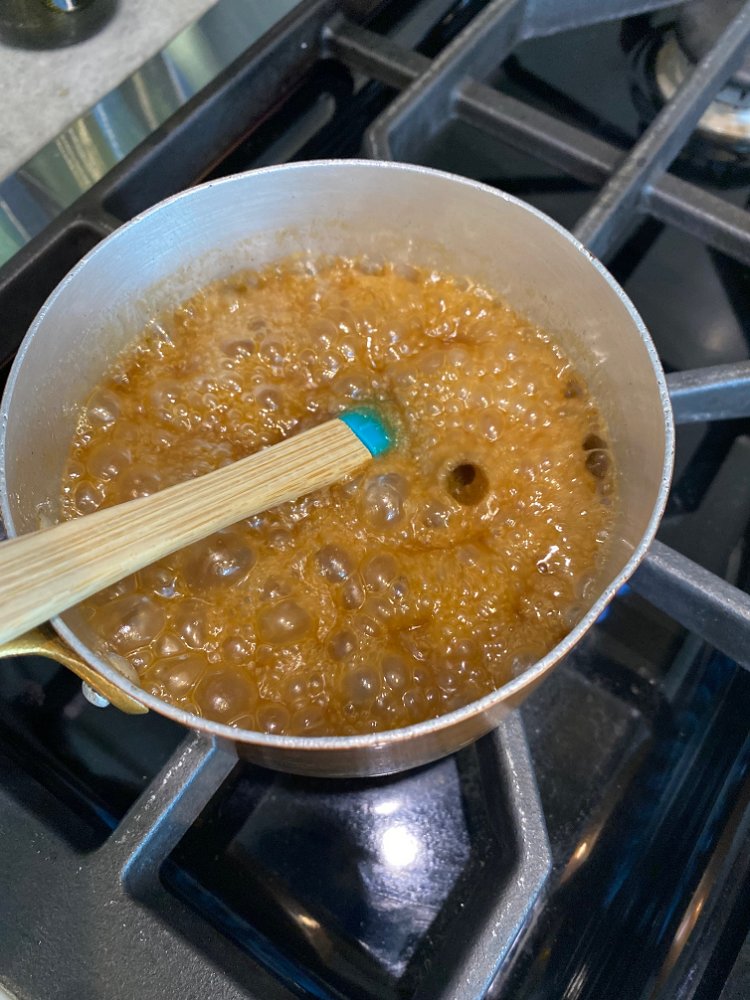 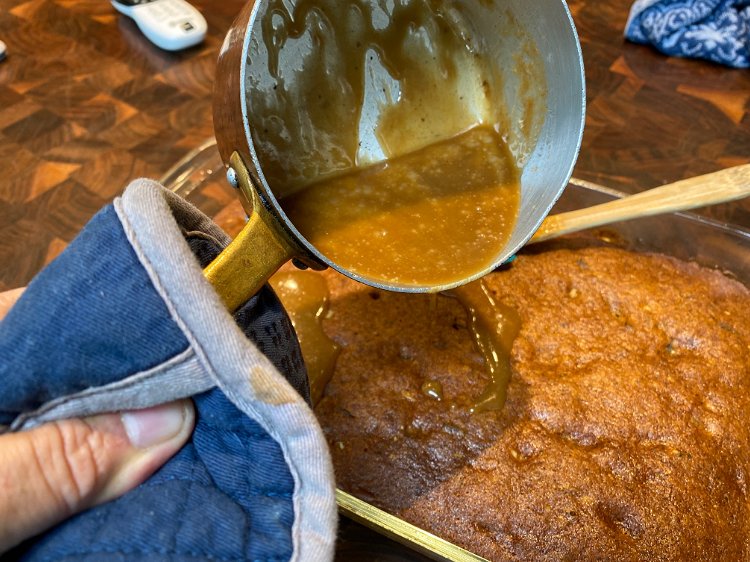 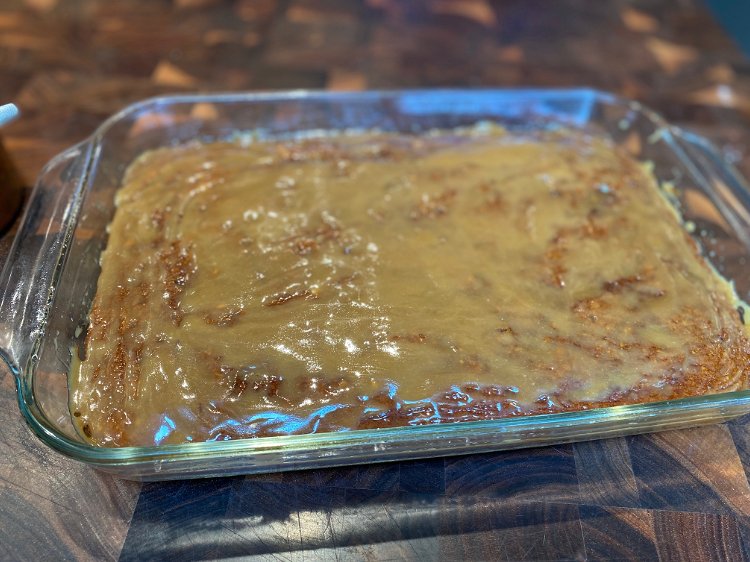 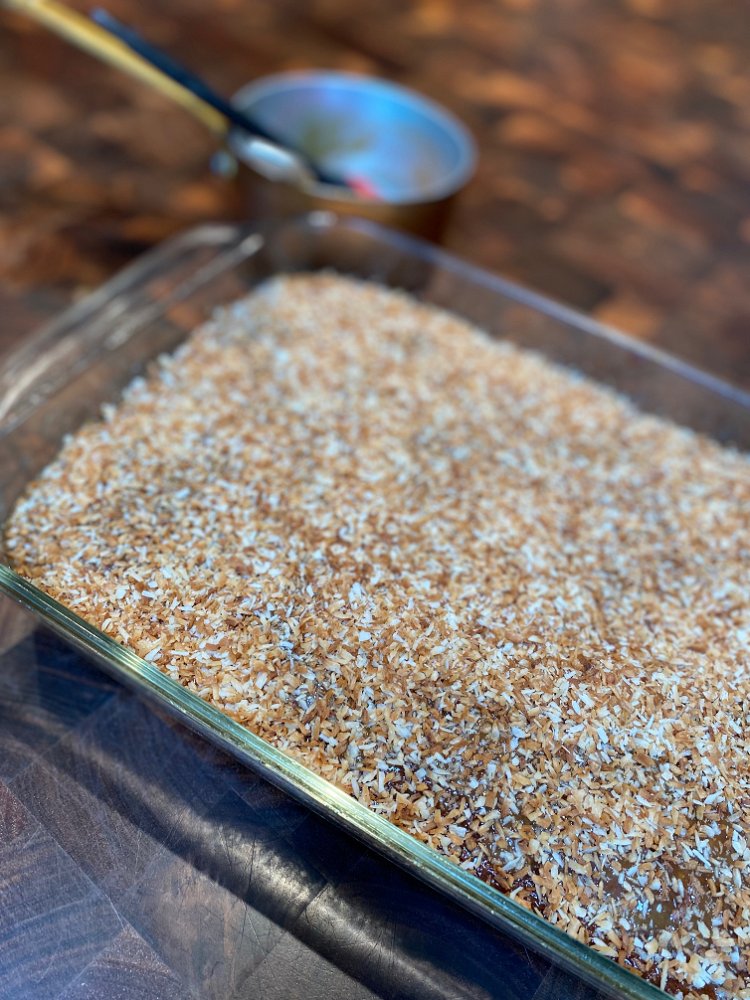 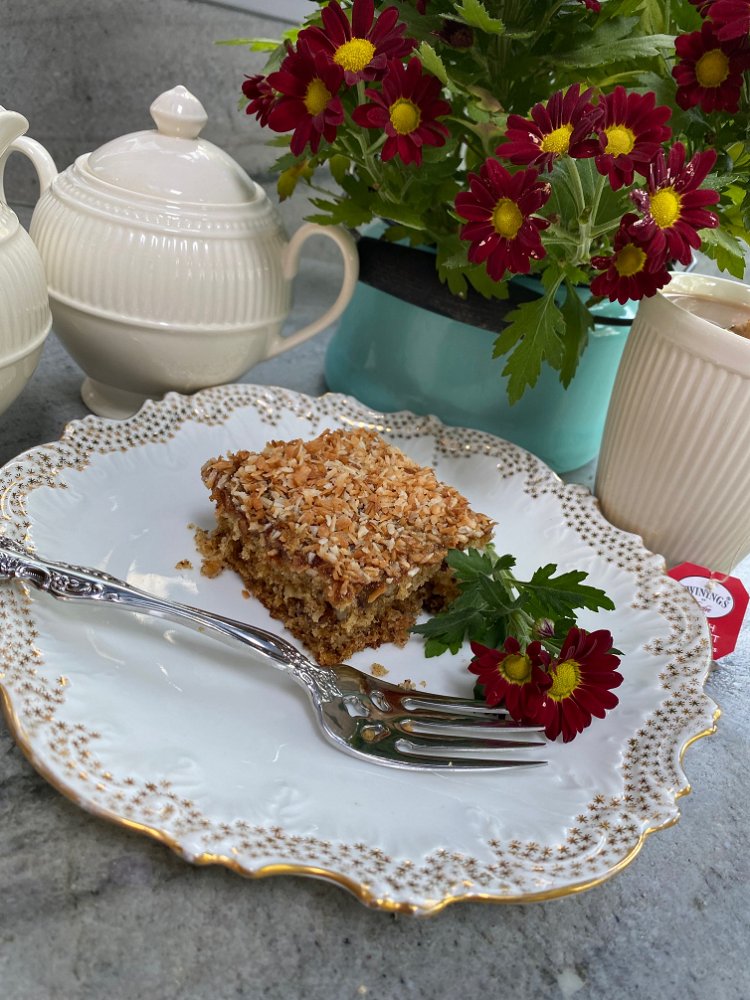 A few years ago, Matt and I took a trip to Greece. It was filled with natural beauty, history and of course, lots of food and olive oil. We visited...

When is the Right Time for Pumpkin Spice? I love pumpkin spice whether it's in a latte, pie, donuts, cake, ice cream and even in cream cheese smea...